A CME gap forms when the price of Bitcoin moves either up or down after the CME closes during the weekend or holidays in the U.S.

Unlike most cryptocurrency exchanges, since the CME Bitcoin futures exchange is not open at all times, a gap forms between CME and many Bitcoin trading platforms. 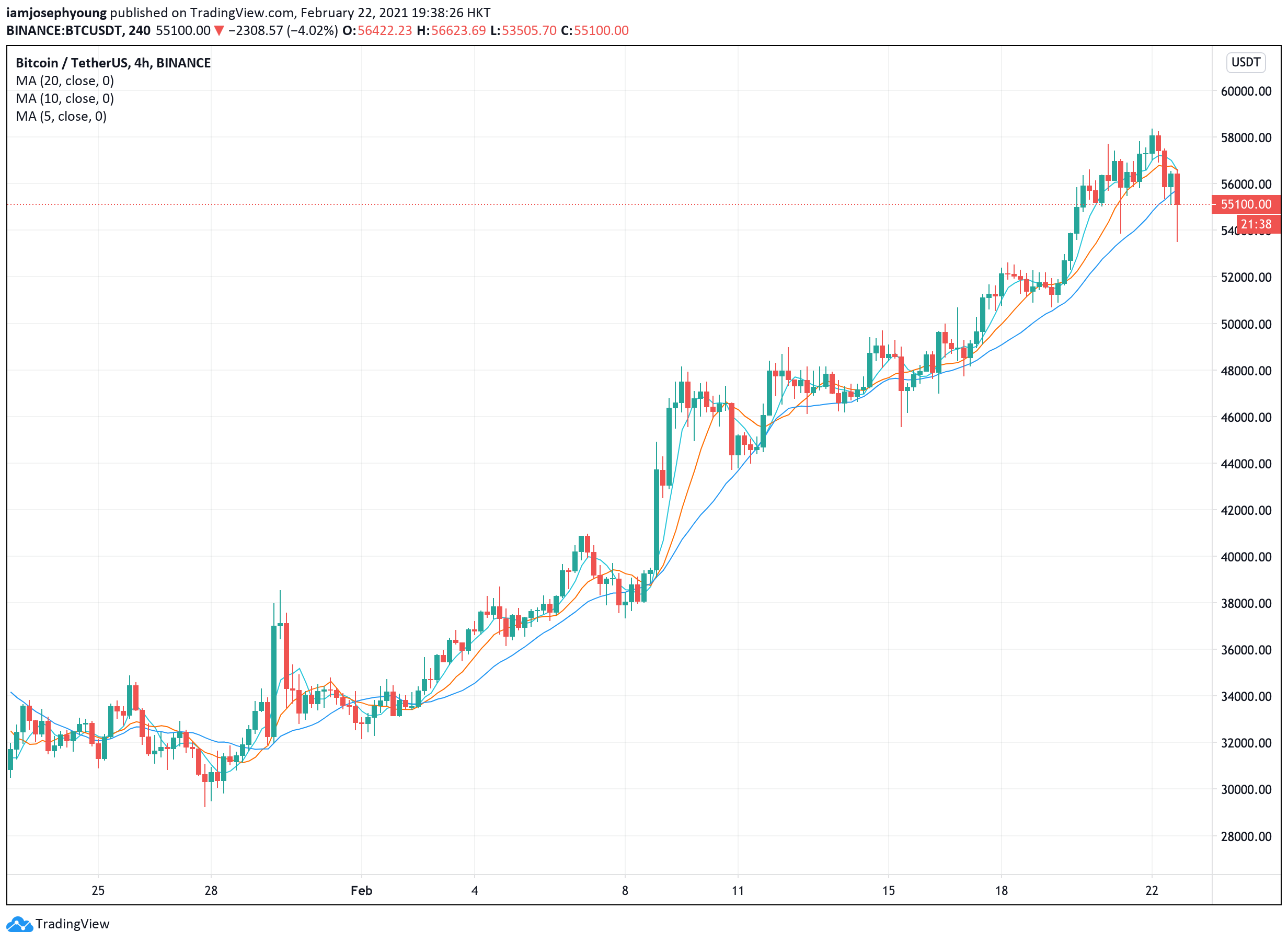 Why is the CME Bitcoin gap significant?

The CME gap is sometimes considered an important gap to fill for the Bitcoin rally to continue in the near term.

For instance, the latest gap formed when the price of Bitcoin exceeded $58,000 across major cryptocurrency exchanges, while CME’s Bitcoin futures market closed for two days.

As such, a gap at $55,504 emerged, which closed as the price of Bitcoin fell steeply after the new weekly candle opened.

Bitcoin has a tendency to sharply correct in a short period after a new weekly candle opens. This flushes out overleveraged longs and brings some balance into the market.

Prior to the weekly candle open, the funding rate of the Bitcoin futures market ranged between 0.1% to 0.15%. This is 10 to 15-fold higher than the default 0.01% funding rate.

Although the funding rate of Bitcoin has remained relatively high throughout the bull cycle, a 0.15% funding rate indicates that the market is extremely overcrowded.

The combination of a high Bitcoin futures funding rate, the presence of a CME gap, and whales depositing to major U.S. exchanges likely fueled the drop.

Prior to the pullback, CryptoQuant found that large BTC deposits were transferred to Gemini, one of the leading U.S. cryptocurrency exchanges.

Before the dip, there were significant $BTC inflows into all exchanges, mostly Gemini.

When whales deposit BTC into exchanges, it typically signals an intent to sell. Hence, it is likely that some whales took profit on their positions, causing the market to dip sharply in a short period.

However, whales selling large amounts of Bitcoin can cause a bigger correction than usual because it leads to cascading liquidations in the futures market.

Many overleveraged longs can get liquidated consecutively, amplifying the effect of the whale-induced sell-off. Data shows that over $1 billion worth of futures contracts were liquidated in the last 24 hours.

After the drop, traders are anticipating a gradual recovery. Scott Melker, a cryptocurrency trader and technical analyst, said that recent history indicates dips do not last long. He wrote:

“I have no idea what happens here, but recent history shows that dips have not lasted long. Would love to see another slow float back up after this bit of selling. Of course we could drop, but each move like this of late has been a buying opportunity.”Title: Fuel for a broader Bitcoin rally? BTC dip fills futures gap, liquidating $1 billion
Sourced From: cointelegraph.com/news/fuel-for-a-broader-bitcoin-rally-btc-dip-fills-futures-gap-liquidating-1-billion
Published Date: Mon, 22 Feb 2021 12:03:03 +0000