Dogecoin (DOGE) briefly surpassed Bitcoin (BTC) in daily volume on Binance at over $5 billion on Jan. 29.

This is a first for Dogecoin, and it happened as the price of DOGE surged around eight-fold overnight from $0.012 to over $0.08. 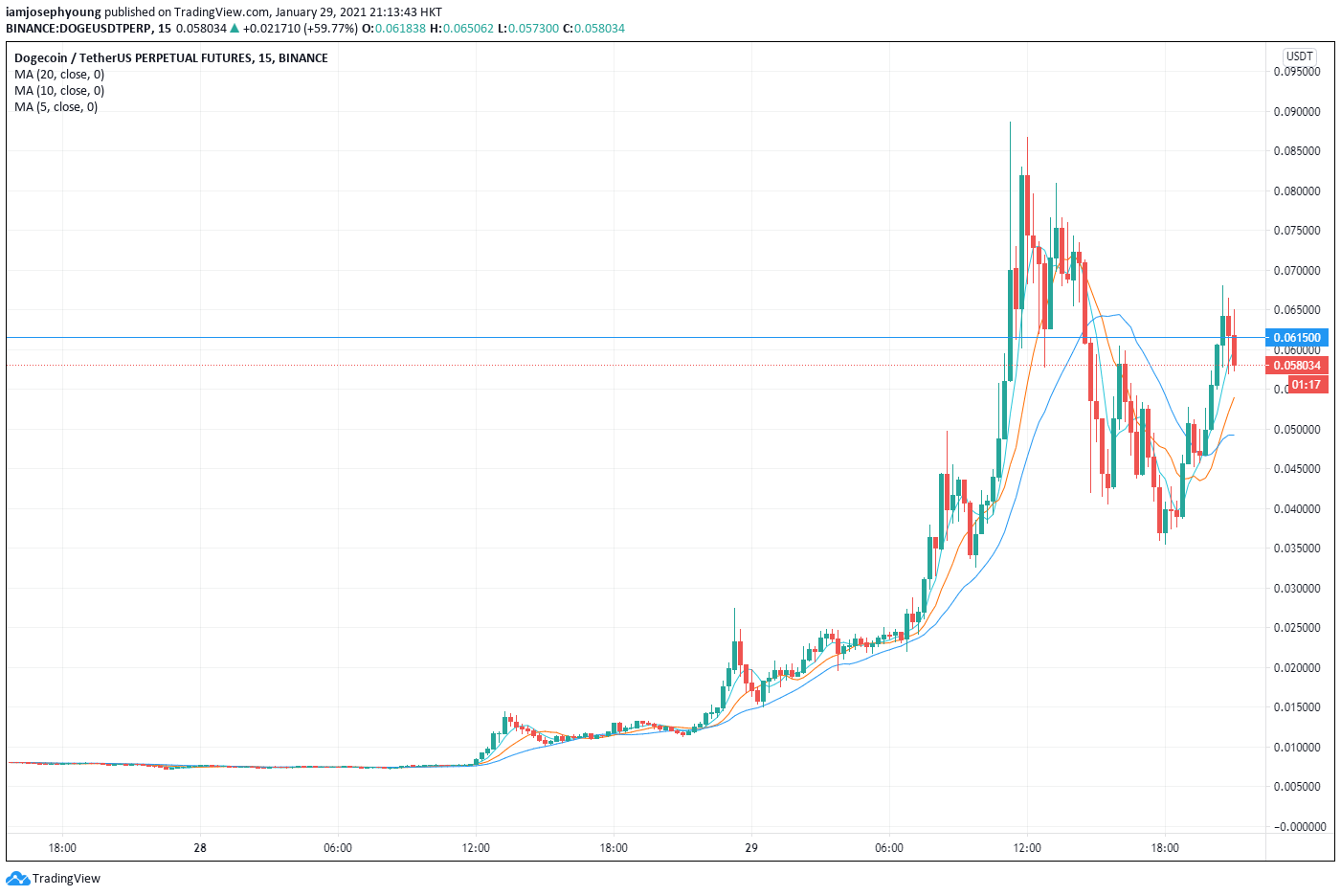 What was behind the craze around DOGE?

The meteoric rally of DOGE was fueled by posts and tweets from WallStreetBets traders on Twitter and Reddit. In fact, the tweet volume also soared to new record highs surpassing BTC for the first time ever.

The craze around Gamestop (GME) moved over to Silver and DOGE as a result, causing massive rallies in a short period.

On Jan. 29, Robinhood abruptly halted the trading of GME, causing outrage among its users and several lawmakers.

Some theorize that the trading halt enraged many users and led them to turn their eyes to other assets. Among other assets, many traders in the WallStreetBets (WSB) community were attracted by DOGE and Silver.

“If you had just remembered that $DOGE was always the most popular memecoin on Robinhood, and figured out that Robinhooders blocked from memestocks would go for a memecoin instead, you might be fantastically wealthy by now.”

While Bitcoin most likely rallied due to Musk’s unexpected addition of the word “Bitcoin” to his bio, some of the profits from DOGE could have also flown back into BTC to propel its price.

While some may think that DOGE is too small to affect the price of a major cryptocurrency like Bitcoin, it briefly became the eighth-largest cryptocurrency in the world.

With over $5 billion in daily volume, there is sufficient capital in DOGE trading that it could have a significant impact on the short-term price trend of Bitcoin.

What happens to DOGE next?

Some pseudonymous traders and analysts believe DOGE could have one more run up towards $0.01.

There is also an ongoing meme about pushing DOGE to $1 on WallStreetBets and other related forums. A trader known as “0x_Infinitum” said:

“IMO $Doge still has one more push. A big one. Just big enough for people to actually start believing the $1 meme. That’s when lifelong community members will be made.”

Although DOGE is considered a “memecoin,” its recent rally pushed its valuation to over $7 billion. If DOGE rallies towards $1, it would make it the second-biggest cryptocurrency behind Bitcoin.

It already briefly overtook Litecoin earlier today on Jan. 29 as its parabolic trend continued. At the time of writing, DOGE price is up roughly 340% in the past 24 hours